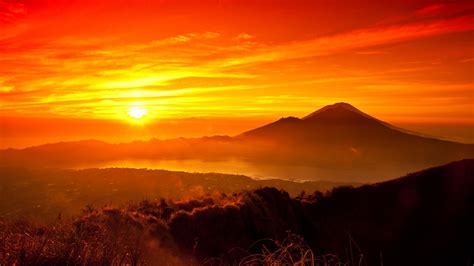 Now, this doesn’t sound like a huge trade-off but, a loss of an hours’ worth of sleep is torture to teens.

Mental health for teens is a key part of adolescence due to teenagers experiencing tons of stress and anxiety. Hence why sleep is such a key factor to the overall mental health of a teen.

Daylight saving seems to add on to the stress of teens due to changes in their sleep schedule. Even if it is by a loss in just an hour of sleep could cause changes in a teen’s social or daily life.

Days full of school, work, friends, and family is a handful to balance. As a result, most teens don’t get the correct amount of sleep that they need which is about 9 hours according to the Nationwide Children’s website “The average amount of sleep that teenagers get is between 7 and 7 ¼ hours. However, they need between 9 and 9 ½ hours.”

The loss of another hour during daylight saving further lowers the average of sleep in teens from 7 to 6. Further tangling the mental state of teens.

Most don’t realize it but teenagers require more sleep than adults, due to the large amounts of stress and developments of the brain. When those hours aren’t met then teens start to experience sleeping disorders such as insomnia, sleep apnea and sleep paralysis to name a few.

According to the American Academy of Sleep Medicine “The loss of sleep during the school week was associated with a decline in vigilance and cognitive function…” which put teens that drive at a higher risk of a road accident.

Just imagine the jump in accident rates if more and more teens have lapses in their sleep. Now further raise that number during the months of March and November when daylight saving occurs.

A very real and terrifying reality should be painted by this number alone.

It cannot be stressed enough how important sleep is for the safety and health of teens. Since sleep deprivation can be linked to depression and unhappiness.

There will also be an effect on teens social skills and relationships since they would be more irritable. Which is why March and April tend to be the months where students tend to demonstrate violent behavior.

The Washington Post states that “Mass-murder researchers and terrorism experts do not like turning their calendars to April. For them, it marks the beginning of what one calls “the killing season,” due to events such as Columbine and The Boston Massacre to name a few.

Could daylight saving be linked to this pattern of events or is it just a coincidence? Maybe yes maybe no.

The early daylight saving which starts on March 10th will cause the stress and anxiety levels of teens to raise. Since they will lose an hour of sleep which is already scarce as it stands.

Hence, why we all despise the greedy sleep-stealing daylight saving in March yet love the wonderfully kind extra hour of sleep gifted by the November daylight saving.

However, both share the common ground of altering the sleep schedule of teens. Which has a negative effect on mental health?

During this year’s March daylight saving it would be beneficial for teens to go to bed early. So that their mental health can continue to be stable.

Unless you plan to be more cranky than usual in the morning around this time of the year.