One Last Hoorah for the Seniors 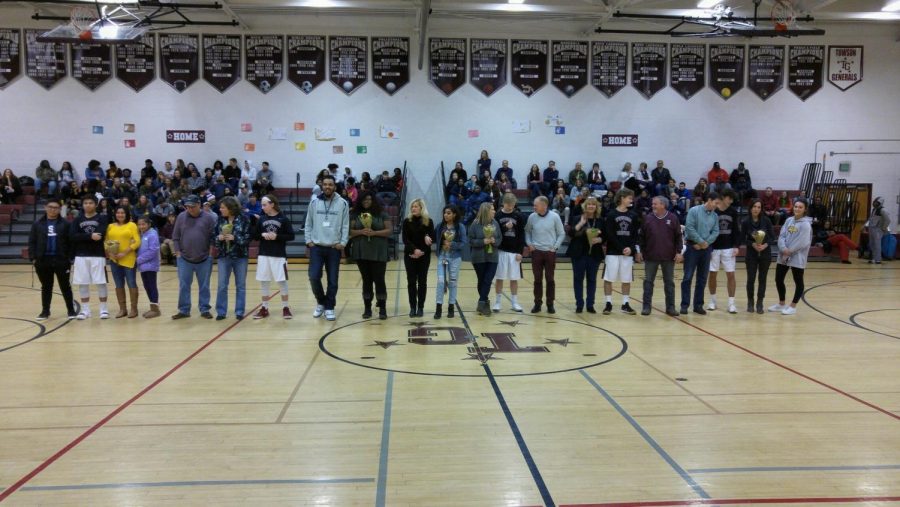 The fans were standing in anticipation as the ball launched from the hands of a Franklin player and miraculously slammed off the backboard into the net. The Towson Generals had lost 49-47 with a last second buzzer beater for Franklin to get the win.

Besides the tough loss, the Towson boys were just excited to be out on the court competing. “It was a special night. It was pretty crazy that it was my last home game ever. It was a heart-breaking result, but it was one of the best teams I’ve ever been a part of,” says Amir Defino, senior.

The seniors had a lot to be proud of that night. When the senior lineup of Amir Defino, Nick Testoni, Conner Brown, Chris Dohony, and Ben Tribbe went out on the court, it completely altered the momentum of the game.

The lineup had a positive impact in the game. Seniors led the scoring, played great defense, took the lead, and overall had an excellent attitude. Junior James Dugan remarked, “I was happy that the seniors got to show how hard they have worked all season by getting buckets.”

“I felt bad I couldn’t play with them in their last game and I felt sad about how it ended but it was a great game for the seniors to play their last game in the Towson Gym,” said junior Ben Ducharme. The team noticed the seniors’ success and was proud of them. Even though the senior game didn’t result in a win, the seniors were satisfied with the way they played. Despite the heartbreaking loss, each senior will end the season with a sense of pride and accomplishment as they head their separate ways after high school.